September 18, 2015 (Friday) - The Guildwater Group would like to thank Gabe Vodicka for his announcement, appearing today in Flagpole Magazine, regarding Thayer Sarrano's show this evening at the Seney-Stovall Chapel in Athens. Flagpole Quotation: "A rock show at Seney-Stovall is always cause for celebration.... Thayer Sarrano will up the ante by making the location homebase for the release party of her long-awaited new album Shaky. The record’s lush, moody Southern shoegaze is aesthetically in line with the venue’s gothic grandness, and should sound lovely in such a wide-open space. Also on the bill, the Athens Cowboy Choir makes a welcome return, and guitarist Etienne de Rocher will kick the night off with a set of his imaginative, guitar-based pop." Much thanks to Gabe Vodicka of Flagpole Magazine, for helping spread word of tonight's events.

September 18, 2015 (Friday) - The Guildwater Group is pleased to share Thayer Sarrano's Event Poster, as well as her tidings for this evening's show at the Seney-Stovall Chapel in Athens. This event represents the Shaky Album Release Show, and will include performances by Thayer Sarrano, Etienne de Rocher, and the Athens Cowboy Choir. Here are Thayer's Tidings: "I am elated and thankful to play with some of my favorite people at such a beautiful place tonight!! For those of you coming, please share: it's BYOB for outside only, tables will be set up in breezeway. Ticket sales on the website end at 6pm and then if there are still seats available it will be cash only at the door at 7pm for $15. all ages. Etienne really starts at 7:30, then Cowboys, then us -- and it's all over by 10pm -- there is a curfew. See ya'll soon!" 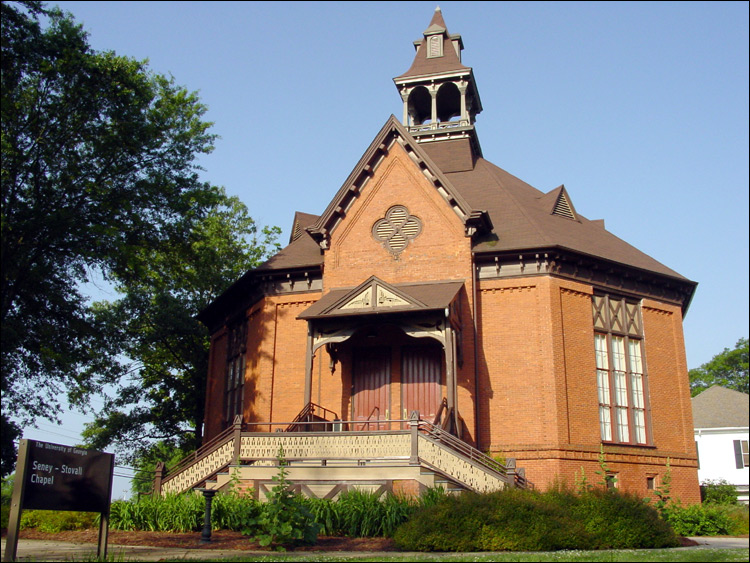 September 18, 2015 (Friday) - We are pleased to share Thayer Sarrano's Eventbrite Page, for the sale of tickets, for the Shaky Album Release Show, scheduled for today -- September 18th -- at the Seney-Stovall Chapel in Athens, GA. The evening will include performances by Thayer Sarrano, to be sure, as well as Etienne de Rocher and the Athens Cowboy Choir. Reserve your seats soon, as capacity at the Chapel is very limited.

September 17, 2015 (Thursday) - We are pleased to release here the poster for the Shaky Album Release Show, scheduled for the Seney-Stovall Chapel in Athens on September 18th, 2015. The poster design -- based on the Shaky album cover -- is the work of the local Athenian graphic designer Graham Shirley. 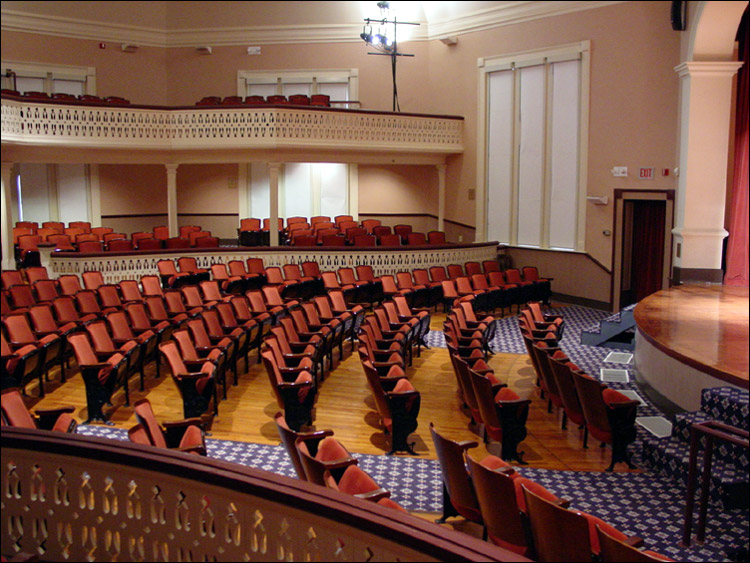 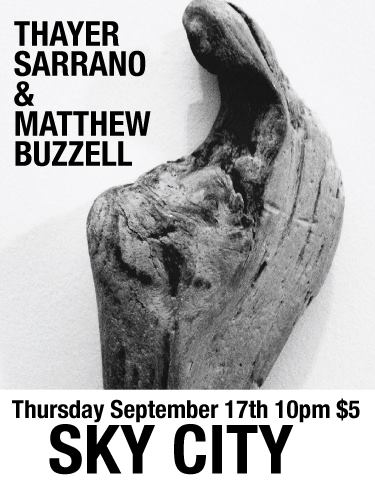 September 17, 2015 (Thursday) - Shaky: The Tour - East Coast 1.0. Above please find the Event Poster for Thayer Sarrano's upcoming performance at Sky City, located in Augusta, GA. Below please find a list of dates and venues for her evolving tour. Things are bound to shift. So, make sure you aren't in Nashville, when Thayer and her band are in Brooklyn, or vice-versa. The performance for October 13th, currently scheduled at the Lit Lounge, is part of the annual CMJ Showcase. Please consider visiting directly Thayer Sarrano's Concert Ledger, situated within her own website. This is your best resource. On a secondary level, consider the "Concerts" and "Events" section of her Facebook Page. 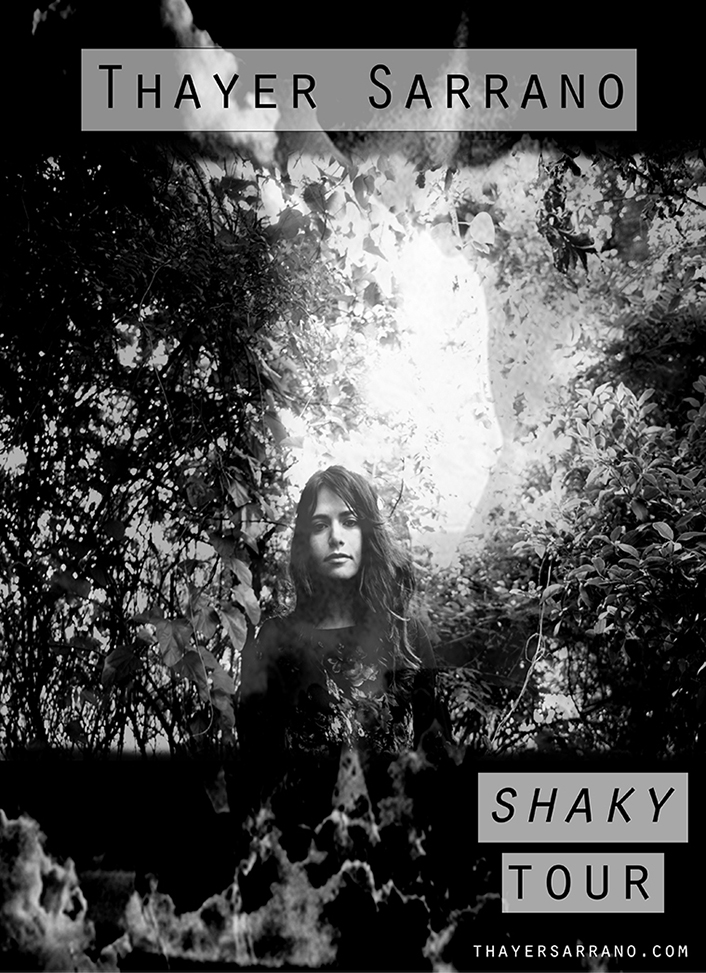 September 17, 2015 (Thursday) - The new album -- Shaky -- from Thayer Sarrano is officially out (August 28th, 2015). Let the Chapel Roadshow begin. The Shaky Tour officially began, in a real sense, on August 29th, when Thayer Sarrano played her set at Pappy & Harriet's for Campout 11, in Pioneertown, California. Campout is a festival hosted by Camper Van Beethoven and Cracker. Now the wheels can begin to turn in earnest. Above please find the official Shaky Tour Poster. The photograph found therein arrives courtesy of Thrasher Photo & Design. The one below arrives courtesy of Pappy & Harriet's Facebook Page. 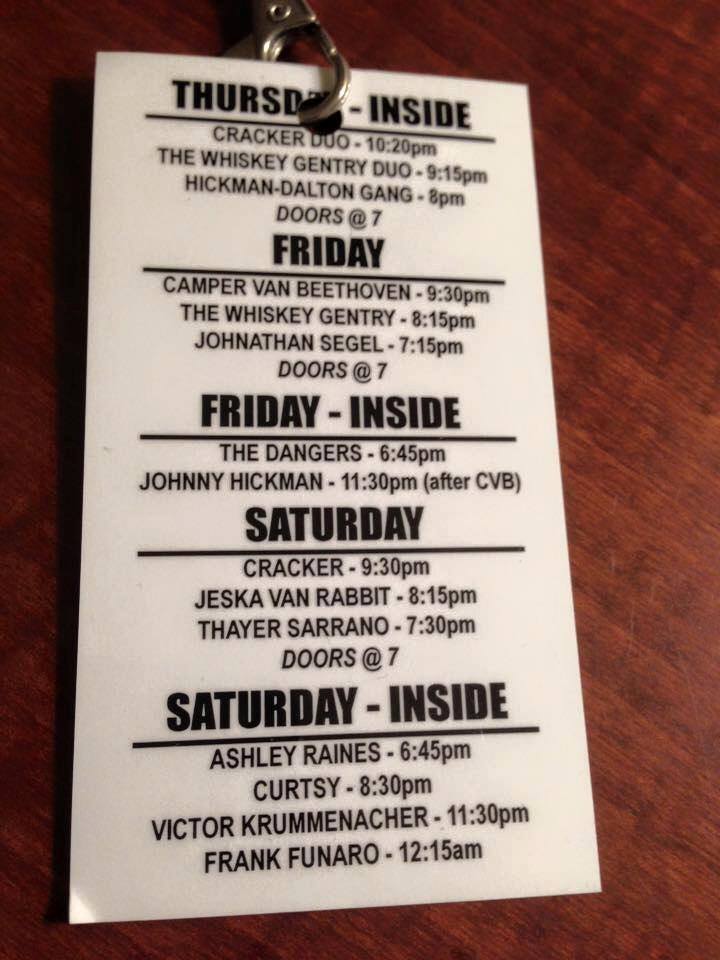