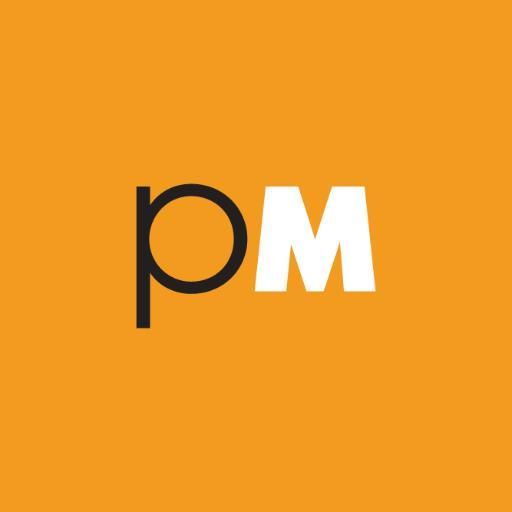 December 16, 2015 (Wednesday) - Good tidings indeed. The esteemed culture journal Pop Matters recently named Shaky -- the latest studio release from Thayer Sarrano -- as one of the Top 15 Albums in the genre of Americana for the year 2015. Erich Risch summarizes: "With a voice that could fill churches, singer-songwriter Thayer Sarrano opts instead to conduct the sermons of Shaky, her third solo album, in the swamps of southern Georgia." Continuing, Risch writes: "The looming atmosphere of dread and submission conjured on Shaky turns over a new page in Southern Gothic storytelling." Many thanks to Eric Risch and Pop Matters for this considerable honor. If you seek a definition to the confounding genre of Americana, and its distinction from that of Country, here is Pop Matters lead-in to the broader article, to help illumine you: "While derived from the same roots, you can spend 30 seconds listening to country radio to discern the diference." "Not beholden to radio consultants, focus groups or time constraints, in Americana, artists — male and female — are free to explore, experiment and expound."

It bears noting that Jason Isbell's album Something More Than Free was also featured on this same Pop Matters Top Albums list. For those not in the know, Isbell was once a member of the Drive-By Truckers (DBTs). The DBTs are, of course, the main musicial vehicle for Patterson Hood, in support of whom Thayer Sarrano recently performed, as part of her recently wrapped-up West Coast Tour. The DBTs are a talent-ladened ensemble, with Hood, as well as Mike Cooley, operating as central songwriters. With Isbell once situated under that same DBTs Tent, it was truly a surfeit of musical riches. Most groups are fortunate enough to possess one capable songwriter. The combination of Hood-Cooley-Isbell almost defies comprehension. Our point, in conclusion, is that the Guildwater Group would like to thank Pop Matters for having placed Thayer's album Shaky in such esteemed company. We would also like to thank Patterson Hood for inviting her along for her recent series of West Coast shows. 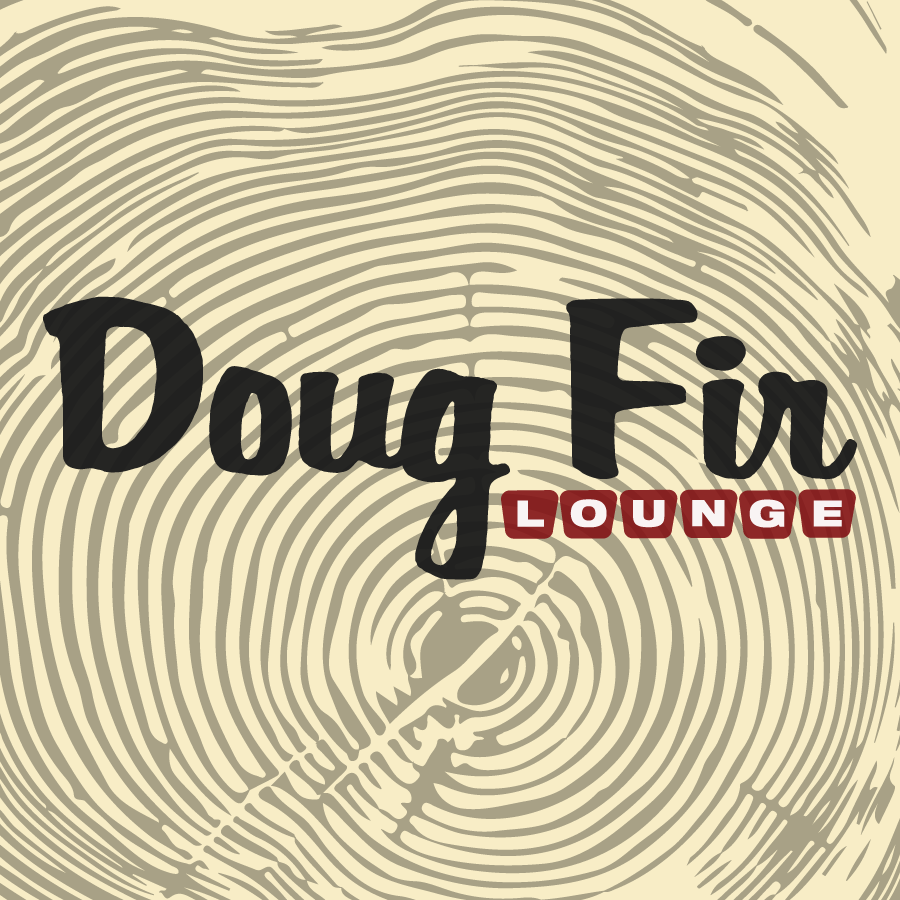 December 16, 2015 (Wednesday) - Thayer Sarrano wraps up her West Coast Tour today, with a revisitation of the Doug Fir Lounge, located in Portland, Oregon. As with the previous Doug Fir show, on December 9th, as well as those at the Tractor Tavern (Seattle), on December 15th and December 8th, respectively, this performance is essentially an acoustic (or, more aptly, drummer-less) one. Thayer is accompanied by Zack Milster on bass. Thayer Sarrano also performs once more, opening in support of Patterson Hood, rounding out this series of a total of four shows. Taken together, these concerts provided the original foundation for building out Thayer's recent western coastal run -- from Los Angeles to Seattle. Sarrano will also, playing keys, join Patterson Hood for select songs from his own set. Chris Funk will, too, also and again, perfom as part of Patterson's ensemble. Funk is himself a multi-instrumentalist from The Decembrists. Funk specializes in guitar, mandolin, and pedal steel. The images found below are from this show at the Doug Fir Lounge. They come to us courtesy of the The Portable Infinite, which is a culture journal based in Los Angeles. The journal is the brainchild of writer Alexander Laurence. The photographer for The Portable Infinite on this particular evening in Portland was Gene Brunak. 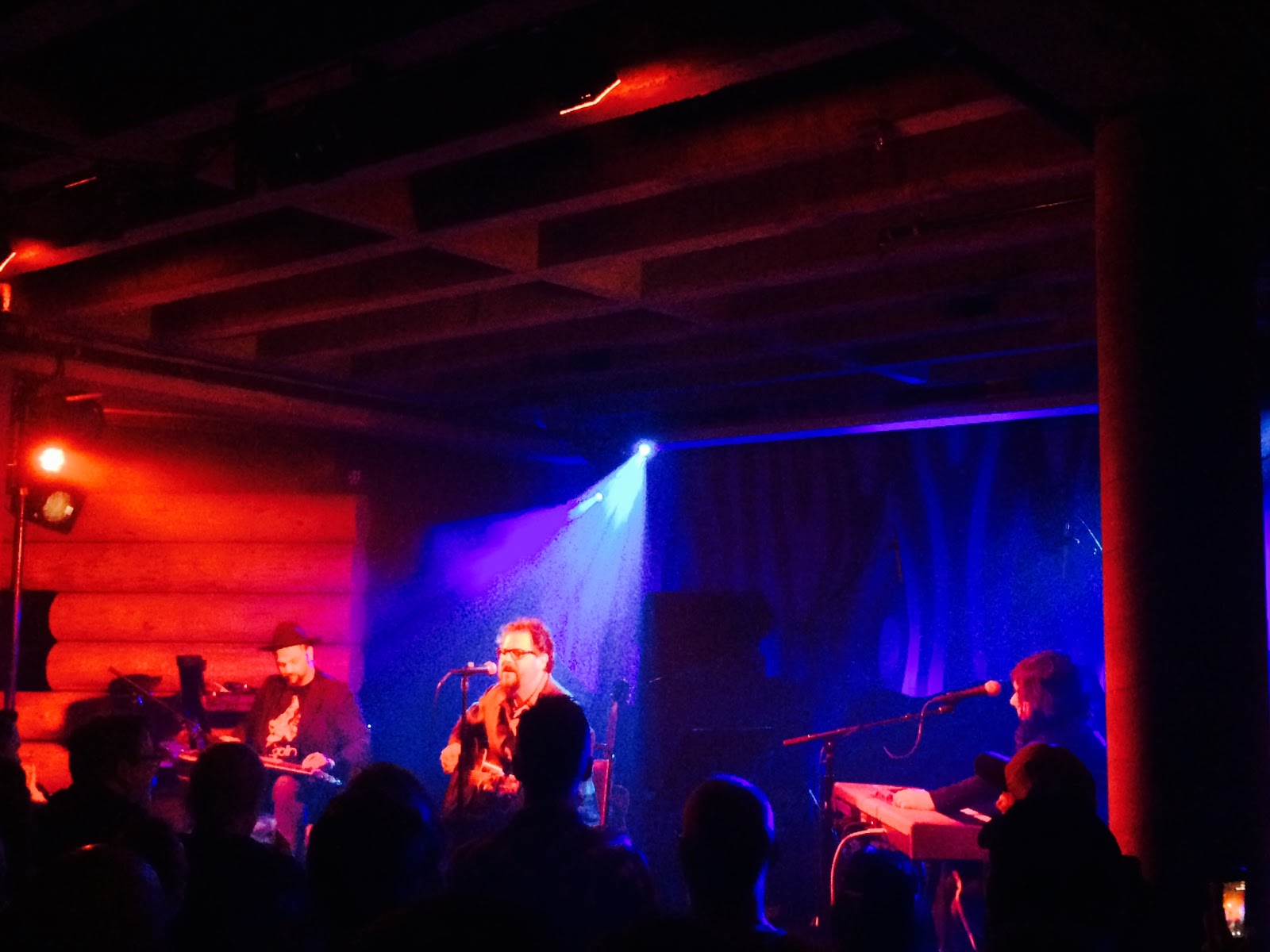 The musical bloodlines of Patterson Hood run deep. Patterson's father (David) was the bassist of the revered Muscle Shoals Rhythm Section, which operated at the renowned Fame Recording Studio in Muscle Shoals, Alabama. This is, of course, that singular place where Wilson Pickett, Aretha Franklin, and others inked to acetate some of their most timeless musical classics. Should you care to brush up on your musical history, consider this excerpt from a now out-of-print PBS documentary from 1995, which discusses these matters and much more. You will recognize David Hood -- striking resemblance to his son, Patterson, especially with beard and eyeglasses -- sitting center between Spooner Oldham (left) and Jimmy Johnson (right), all keystones in that foundational sound so instrumental to the development of rock and roll. 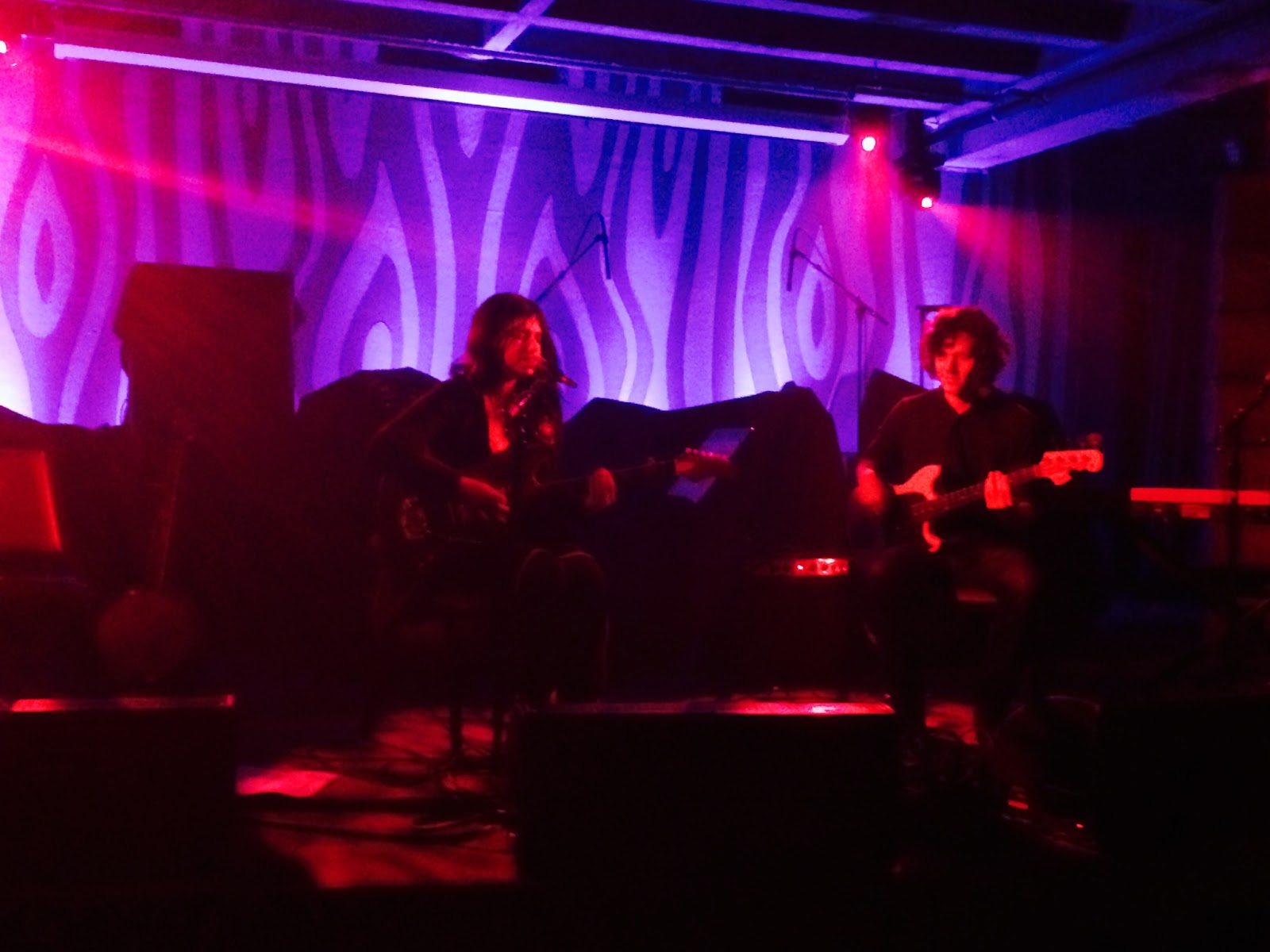 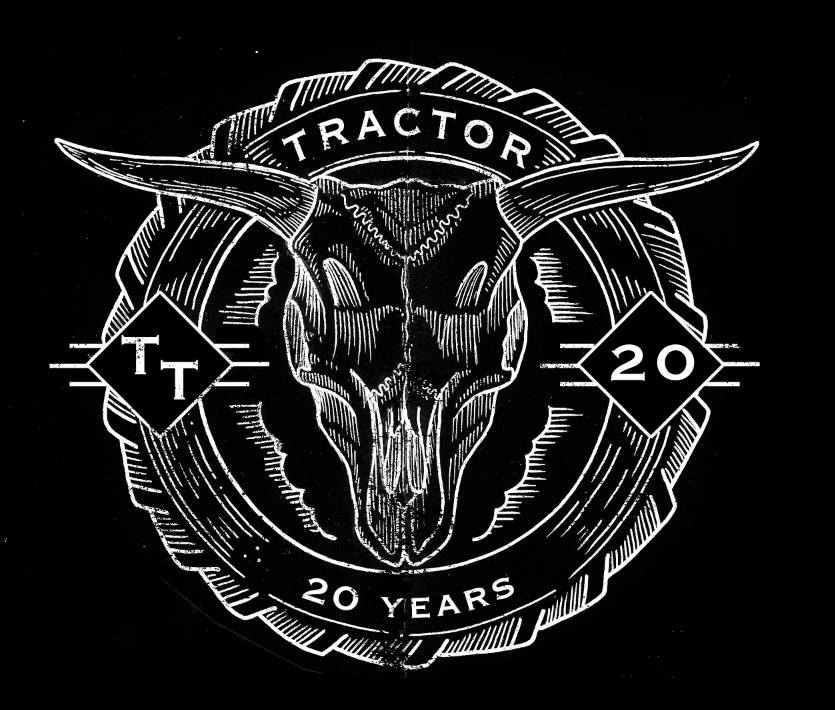 December 15, 2015 (Tuesday) - Thayer Sarrano returns to the Tractor Tavern in Seattle, Washington. There Thayer will again play as a duo, with Zack Milster on bass. She opens the show this evening for Patterson Hood, co-frontman and co-founder of the Drive-By Truckers. As with the previous concert on December 8th, Sarrano, playing keys, will also join Hood for select songs. Equally, Chris Funk will also perfom as part of Patterson's set. Funk is a member of the Portland-based band -- The Decembrists. The Decembrists have themselves released a total of seven studio albums. Their last four outings, including the recent What a Terrible World, What a Beautiful World (2015), are made available to you courtesy of Capitol Records, whose parent company is, of course, the Universal Music Group. 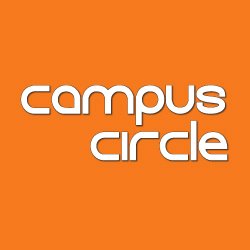 December 13, 2015 (Sunday) - Seattle once again. The Hotel Albatross opens its doors and its stage to the Shaky Tour of Thayer Sarrano. Thayer is again accompanied by C.K. Koch (drums) and Zack Milster (bass). Also performing at the Hotel Albatross is the Seattle-based band Evening Bell. The group is constituted by Olie Eshlemanm, Aaron Harmonson, Hart Kingsbery, Jason Merculief, and Caitlin Sherman. Update: The Evening Bell album Evening Stars was released in August, 2016. Additional Update: Locked in the Towers of the Guildwater Scriptorium, and prevented, owing to our monastic oaths, from visiting these iniquitous, decadent, and morally bankrupt foreign lands, known as the West Coast of the United States -- thereby barring our attendance at the Sarrano Show -- we Scriveners were delighted to stumble upon some tasty video footage from the Hotel Albatross, as found on Instagram. This particular clip is from the song "Hand Held to Your Mouth," a tune is from Thayer's self-released album Lift Your Eyes to the Hills.