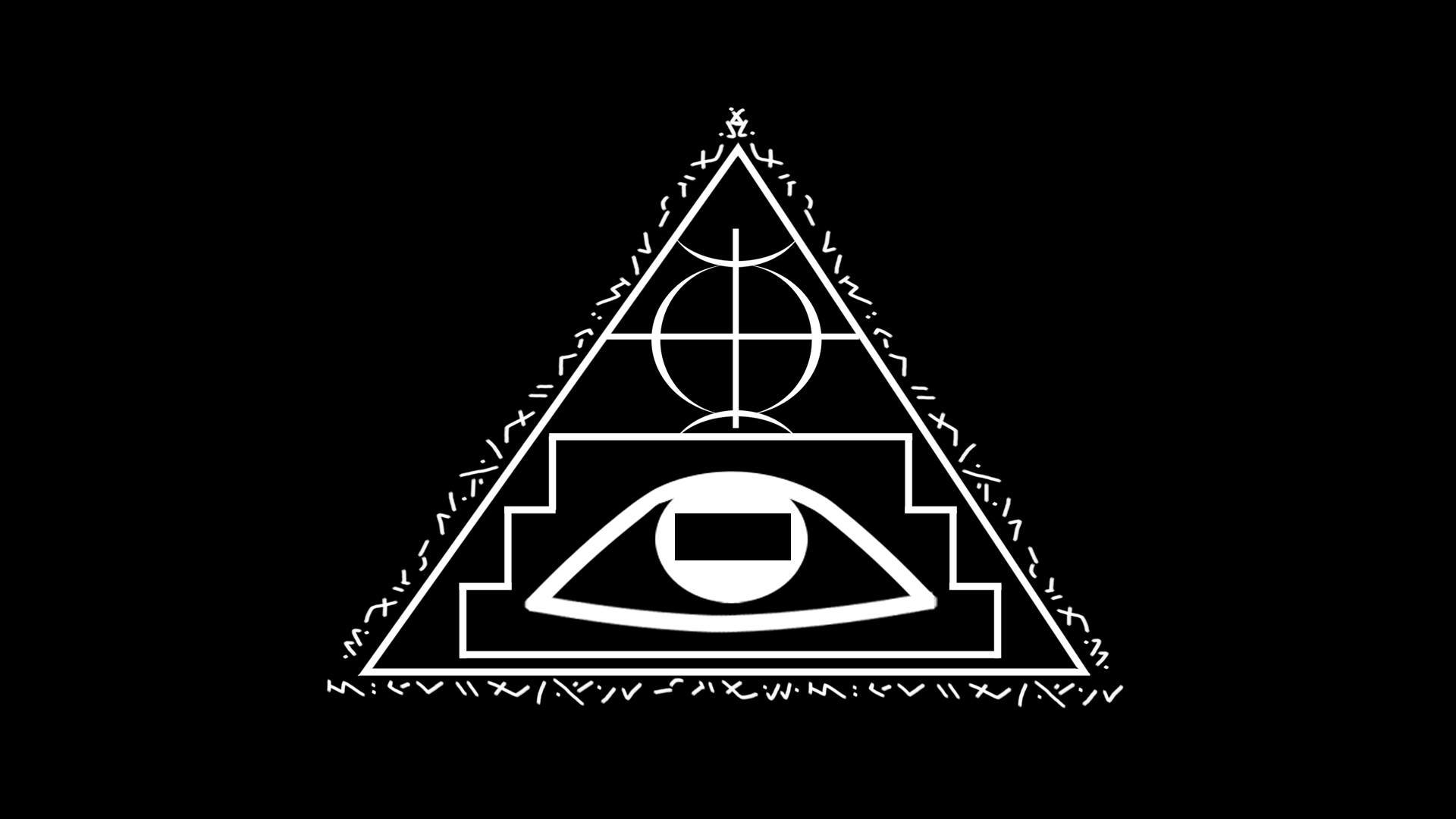 June 27, 2016 (Monday) - Multiple thanks like seeds to sow. Thanks, first, to the generous editors of Flagpole who placed Thayer Sarrano, her album -- Shaky -- and the video for its title-track, on the ballots of their magazine's annual Music Awards, in three different categories: Album of the Year, Rock Artist of the Year, and Music Video of the Year. Thanks, second, to the gracious Flagpole readers who then checked the celluloid envisioned and crafted by Dominar Films for "Shaky" as Music Video of the Year (2016). Thanks to the illuminati of Dominar, for their creativity and professionalism from start to finish. It was an immense pleasure to work with (and learn from) them. Innumerable thanks, not least of all, to Thayer Sarrano, for providing the scintillatingly haunted yet syncopated atmospherics that inspired Dominar to reach for, and obtain, their vision.

The illuminati of Dominar are on a creative streak. This is an understatement. Just last year, in 2015, their video for "Ride A' Rolla" by Monsoon also took the Flagpole top spot. And from the looks of it, the Dominar preliminaries for the forthcoming album -- How To Breathe Underwater -- by T.S. Woodward is a virtual video lockdown for 2017. T.S. Woodward is himself in the process of raising funds for his album's release later this very year. You can read the Flagpole write-up about it here. You can access the Kickstarter page for T.S. Woodward directly here. There you can view excerpts from the Dominar clip, and make your contributions. We of the Guildwater Group made ours today.

Thanks, once again, to the editors and readers of Flagpole Magazine, the illuminati of Dominar Films, and Thayer Sarrano. To commemorate the Flagpole Video of the Year Award, we have created a stills gallery that you can access here. We will have more news in the coming weeks about Thayer's August Residency at The 5 Spot in Nashville, Version 3.0 of her musical jaunt up the East Coast, and her looming sonic excursion to Europe -- a tour put together by the good people of Interstellar Music, based in Switzerland. Thayer Sarrano: Going global since 2009. 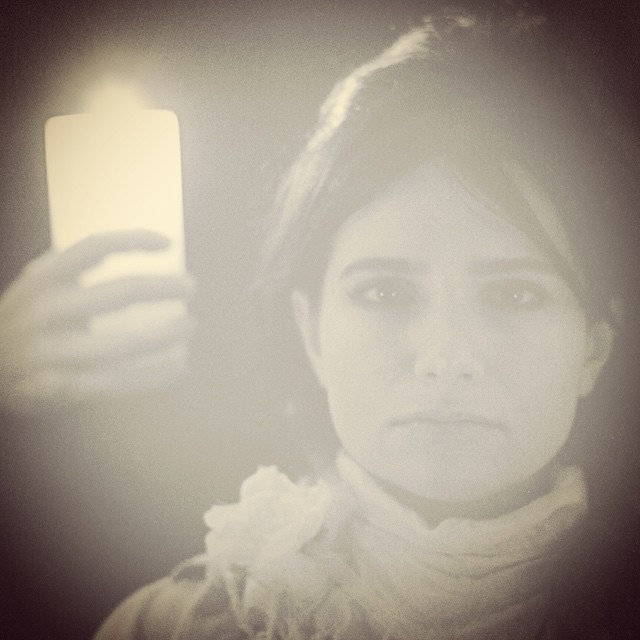 June 17, 2016 (Friday) - For the second time in as many weeks, Thayer Sarrano plays the Caledonia Lounge in Athens. Thayer's participation is part of the broader album release show for fellow Athenians Vincas. If their new record swamp rocks only half as hard as their last release -- Blood Bleeds (2012) -- it will still be doubly worth the purchase. Get your copy of both albums on the June 24th release date! Two other groups will also join Thayer Sarrano onstage, making this Friday a veritable mini-festival chez Caledonia, one that you will certainly not wish to miss. Constituted by still more Athenians, check out Double Ferrari. Coming at you also this evening -- but by way of San Antonio over in the Lone Star State of Texas -- is Pinko. You can check out their studio offerings on Bandcamp right here. Many thanks to the Caledonia Lounge for welcoming the mighty Thayer Sarrano to their stage once again. 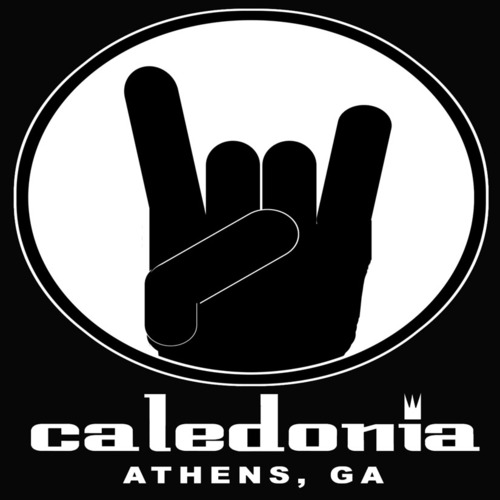 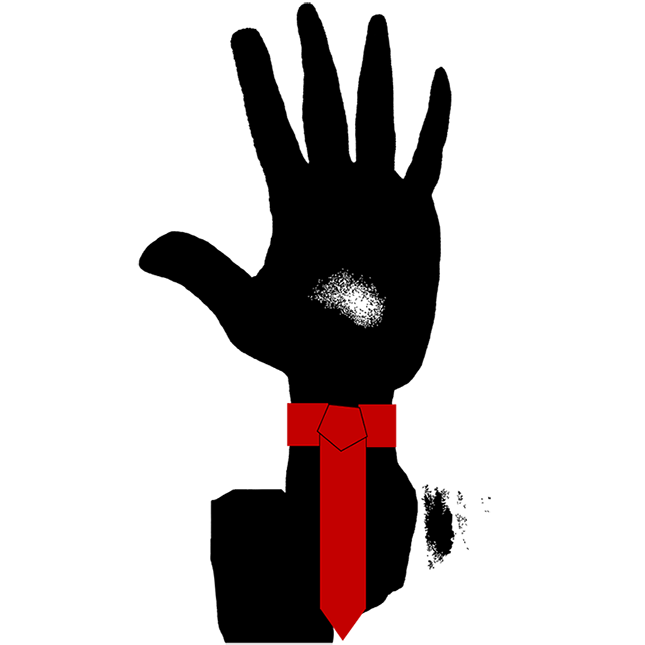 June 17, 2016 (Friday) - Grazie mille! We are delighted once again to have occasion to thank Phil Maq of 89.3 WHFR FM out of Dearborn-Detroit, Michigan. We previously expressed our gratitude to good DJ Phil for spinning the Five Fingertips album and, in the process, complimented him on a Daryl Hall and John Oates picture that he had uploaded, back on 23 May. DJ Maq then extended the courtesy further, by supplanting the Hall and Oates picture with the Five Fingertips album cover, on 5 June. As thanks of further return, we attempted to graft onto the Five Fingertips logo a mustache, and permed its hair like John Oates. But the perm didn't take. It looked droopy. And the mustache made him look like a walrus, not the Walrus -- which might actually have been something worth regarding. In order that the occasion be not completely missed, we dug deeply into the archives and found this picture of Five Fingertips back when he tried out as the drummer for a Romantics Tribute Band. At the auditions, he wore a mod-ish skinny tie -- shown above -- and sang "What I Like About You" -- but he didn't make the cut. Thus rejected, he angrily formed Five Fingertips, and rewrote that particular Romantics' song as the ersatz classic now known as "The Swerve." The rest is rock history, or so we're scolded. Interested parties can access the live 89.3 WHFR stream here. Merci mille fois! -- to Phil Maq and WHFR from the Guildwater Group and Five Fingertips himself. We sincerely appreciate your benevolent support. 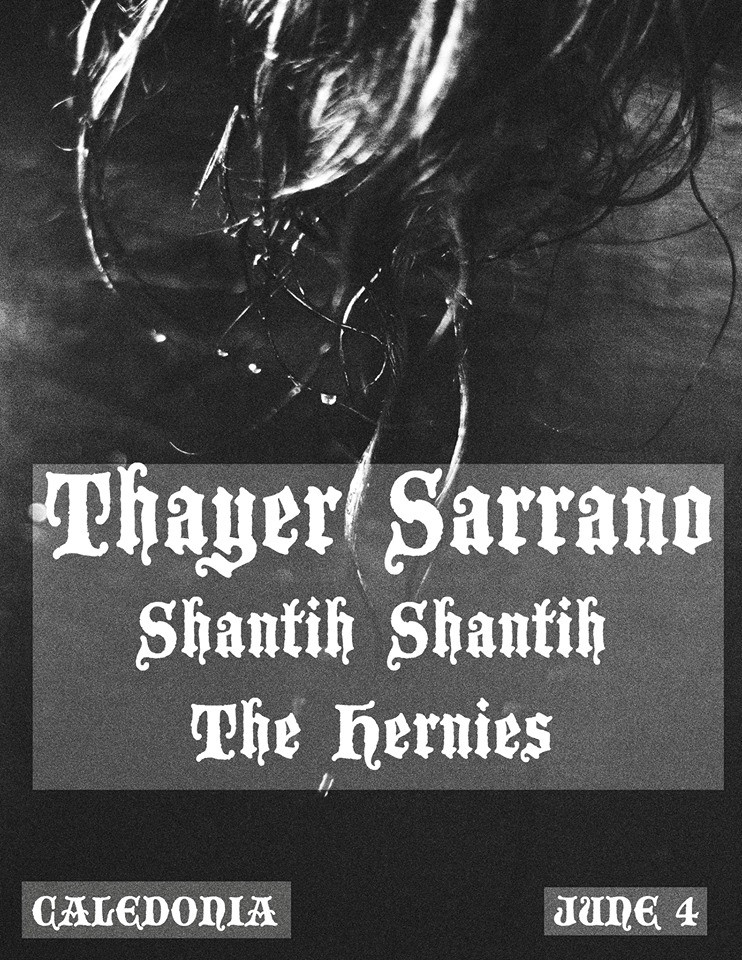 June 04, 2016 (Saturday) - Thayer Sarrano ascends upon Athens this evening, a Saturday. She takes the stage at the Caledonia Lounge. Thayer's participation is part of a broader pair of sister shows with Shantih Shantih, a group based in both Atlanta and Venice, Italy. A few weeks ago, Thayer joined Shantih Shantih for their album release performance at The Earl in hot Atlanta. Shantih Shantih is now fresh back from their tour jaunt up and into the Midwest. Joining this Athens-version of the Sarrano-Shantih bill are local Athens originals The Hernies. Their self-titled debut was released in 2013. Check it out here. After a few listens, Captain Beefheart sounds like Britney Spears -- conventional vanilla. Impressive feat!

June 04, 2016 (Saturday) - We are pleased to release the fourth and fifth video from Five Fingertips. It is for the song "The Nave," yet another track from his self-titled debut album. Those prone to motion-sickness need not press play. (Steadicam? What's this?) We fired the key grip, the gaffer, and -- for good measure -- the best boy, the dolly, and the crane -- all five of them -- because the footage arrived so shaky at our office canister depot. Post-production was a long series of Warp Stabilization, and even that couldn't cure everything. As before, we worked mostly with an instrumental track during sequencing. Problem was we didn't have a nice smooth John Keane mixed instrumental as for "The Poster Children." (We aren't sure why exactly. Five Fingertips used these Keane-mixed instrumentals for vocal comps.) Thus, we were forced to rummage through the vaults, where we chanced upon an early rough-cut demo of "The Nave," known simply originally as "Project 05," in a series of ten. We tried our best to smooth out the rough edges. (Drum tuning? What's that?) It was tough sledding, especially in such a short time-frame. Five Fingertips enjoyed yanking on the neck of his Gibson Marauder, for wont of a whammy bar, on this one. We will label this then as a Guildwater Garage Production. Not because we have one (a garage), but because of our indie street credentials. Neither of these last videos were the ones originally planned for release. The videos for "The Nave" and "The Poster Children" just happened. This means we have more in the pipeline, even if our huskies are weary, delirious with fatigue, in need of a nice warm igloo and some iced cocoa. [Editor's Note: "The instrumental version of this video has since been removed from YouTube."] 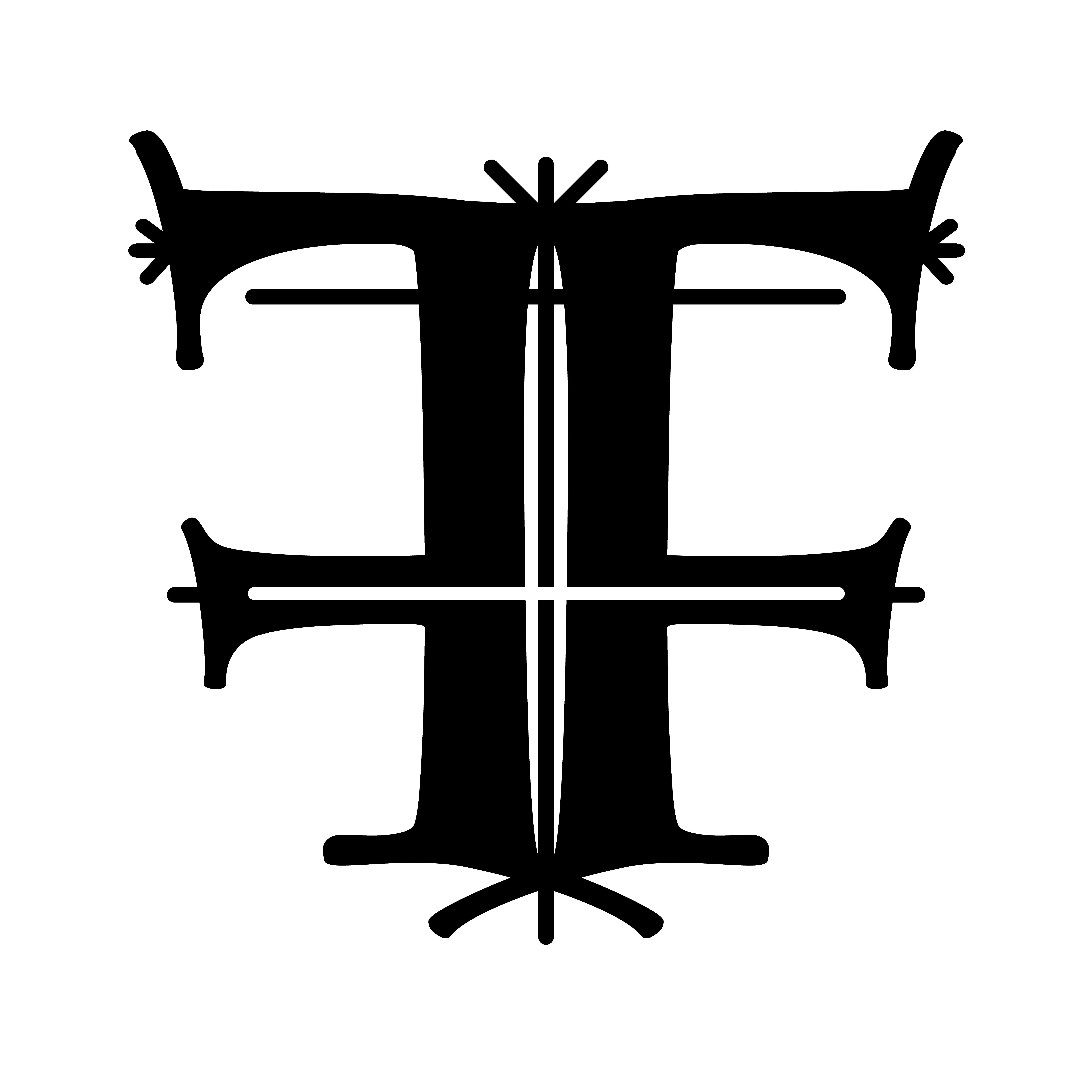 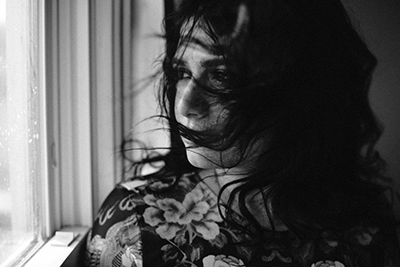 May 20, 2016 (Friday) - Thayer Sarrano returns to Atlanta tonight, to perform at The Earl. Thayer's participation is part of the broader album release show for the band Shantih Shantih, a group based in both Atlanta and Venice, Italy -- nice, curious combination. Also appearing on the bill are Tiger! Tiger!, a garage rock outfit, also out of Atlanta. Thayer last performed at the Earl back in late November 2015, in preparation for her West Coast Tour 2015. Before dashing off to the show, we would ask that you consider voting for Thayer Sarrano in this year's Flagpole Athens Music Awards, about which we have written more below.