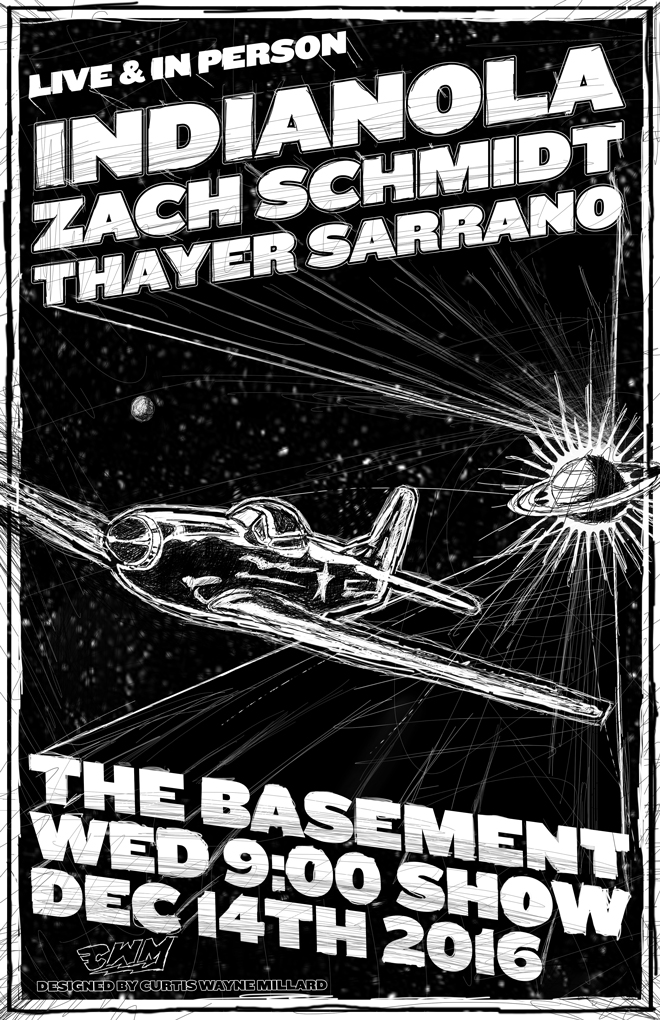 December 14, 2016 (Wednesday) - Thayer Sarrano appears at the Basement in Nashville, Tennessee. Also offering sets this evening are three other artists of note. There is Indianola, from Jackson, Mississippi, whose debut EP Zero, was released in December of 2015. There is Zach Schmidt, originating from Pittsburgh, Pennsylvania. Schmidt released The Day We Lost The War in October of this year. This follows his debut EP -- Horse or Truck or Train -- of 2013. We should also mention that, performing in the 7:00 slot at the Basement, will be Walter Salas-Humara formerly of the Silos. The final cut "Out of Town" from the Silos' eponymous record should always spring to mind when conjuring up inspired, concise songcraft. 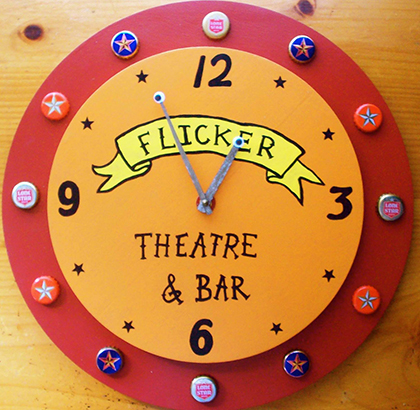 November 11, 2016 (Friday) - Thayer Sarrano performs live at the Flicker Theatre in Athens, Georgia. Her ever-evolving band configuration is different yet again this evening, appearing as a stringed ensemble, by which we actually mean: violin, viola, and upright bass, in addition to Thayer's own vocal, guitar and / or piano work. Following her own set, Thayer will then join Dave Marr, playing keys. Thayer Sarrano last played the Flicker Theatre in late February of this year, a show which marked the beginning of her second East Coast Tour, in support of the Drive-By Truckers (DBTs). Related, we should note that Thayer will again join the DBTs on February 16th of 2017 at the 40 Watt Club, as part of that band's annual HeAthens Homecoming Festivities. Please visit the Thayer Sarrano Bandcamp page to snatch for yourself some vinyl, a CD, a T-shirt, or all three. Also consider perusing on a regular basis Thayer's Concert Ledger to keep track of any forthcoming but as yet unannounced shows in the coming months.

November 02, 2016 (Tuesday) - It's video release month here at the Guildwater Group. The main course from some top master chefs (musicians and cinematographers) will be along shortly, later this month, at which time (if not before) we Guildwater Scribes will offer our summary of the highly successful Tour Europa of Thayer Sarrano. Betwixt and between we sous-chefs offer from our cupboard the sixth and seventh videos from Five Fingertips. Both videos are essentially the same. The only discernible difference is that one is for the album vocal version of the song "Time Is Tasteless," the other is for an unreleased instrumental version of the same tune. [Editor's Note: "The instrumental version has since been removed from YouTube."] Our Films Division used the instrumental version for sequencing, per usual, and decided, as with previous videos, simply to release it as well. We like instrumentals. What can we say?