December 07, 2018 (Friday) - Thayer Sarrano revisits Portland, Oregon, landing squarely at the Firkin Tavern. With the occasional exception, this is largely a solo tour, wherein Sarrano chips away the veneer of her fuzz rock orchestration, and bares the solid bones of her songwriting techniques, counterpointed by her "floorgan." (When an "organ" meets the "floor," it's called a "floorgan.") Joining in the festivities for this leg of the Sarrano Winter Tour to save both Occident and Orient from bad music and general civilizational decline -- it's a long story, please see our Archives for all the spellbinding details -- will be LA-based Photo Ops, musical platform vehicular for Terry Price. You may remember him from that Sarrano Show at The Love Song Bar back in September. As for Portland, if you are blessed, or cursed, as the case may be, with a longer memory still, as are we, you may recall that city from that series of Sarrano Shows back in December, 2015, when her album Shaky was but a wee-pup. She then mesmerized the Pacific Northwest, appearing, not just once, but twice at the Doug Fir Lounge, thanks to Patterson Hood of the Drive-By Truckers and Chris Funk of The Decemberists. As if that weren't enough, Sarrano also graced then in Portland the Bunk Bar, and the Analog Café & Theater, running then with Snowblind Traveler. 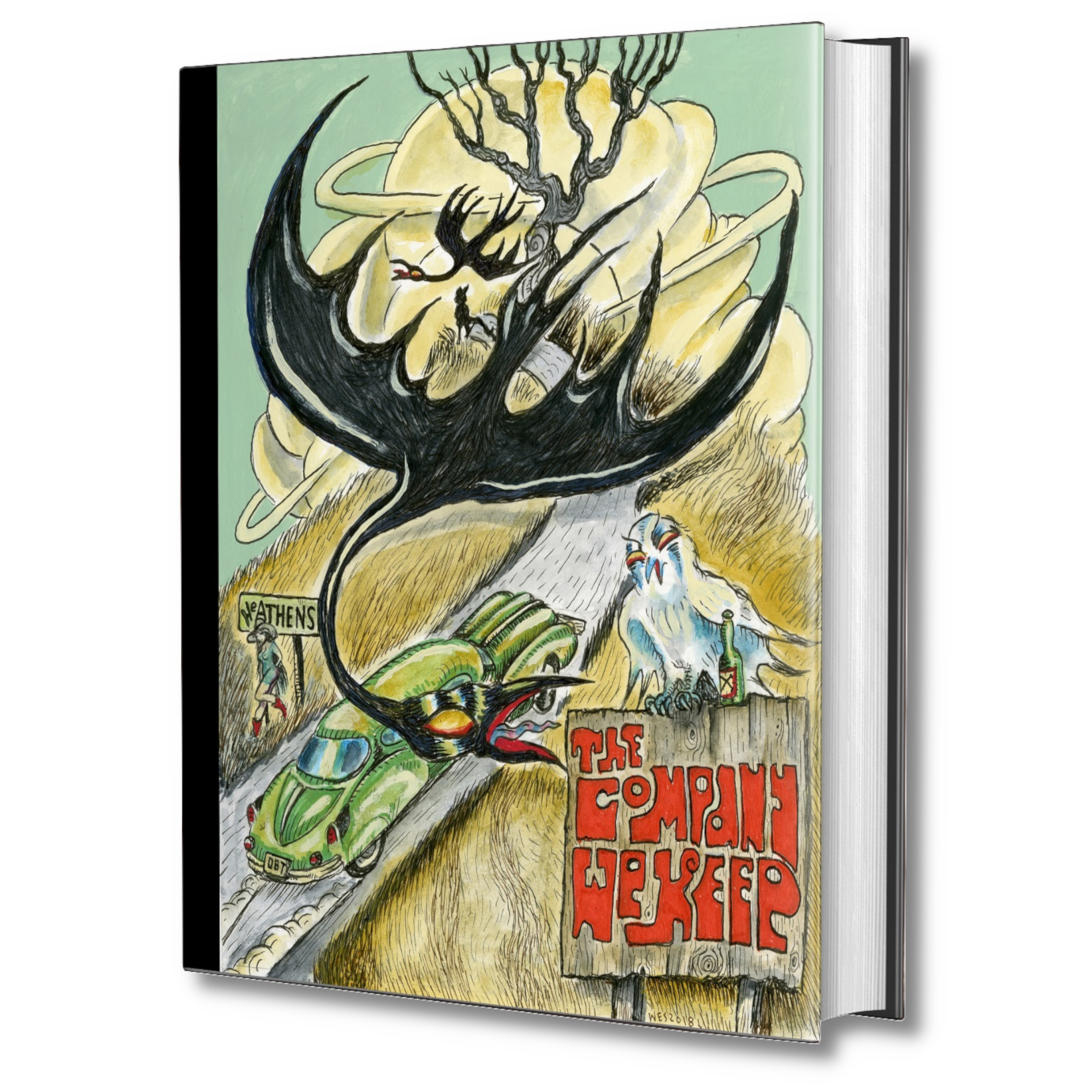 The Company We Keep

Speaking of Hood and the Drive-By Truckers (DBTs), their ever-loyal fanbase has gotten together to publish a glossy, hardbound, coffee-table book. It's entitled The Company We Keep. When our copy arrives, we know for certain that the closing section of Chapter 2, "Glorious Openers," which spotlights some of the DBT opening-acts over the years, will be our favorite, because these are the very pages dedicated to Thayer Sarrano herself, in both words and image. All profits from the book will be donated to Athens' own Nuçi's Space. There is no more worthy cause.