THAYER SARRANO
In The News

April 5, 2019 (Friday) - Few things give us Guildwater Scribes greater pleasure than yodeling across the Atlantic, acting as though that vast ocean were no wider than a trans-Alpine brook, trickling in a sharp ravine, just outside Vienna. We would like to thank our main man -- Herr Jens Erwinsson -- the mastermind behind the Austrian music newspaper Guteshoerenistwichtig, for his thoroughly thoughtful review of the new album -- Wings Alleluia -- of Thayer Sarrano. Given our lack of skill at adroitly translating German, despite English itself being a Germanic language, Herr Erwinsson was kind enough to provide us with a translation of his review. Thank you, Jens! For the general delectation of the public, we have included the translation in a nearby separate post above.

Our scurrilous (but still always dear) readership will surely remember how, back in 2016, we wrestled mightily atop our alabaster conference table with the very meaning of the High / Upper German composite-term that is the title of Herr Erwinsson's music journal -- Guteshoerenistwichtig, We are still very fond of our original, but botched figurative translation: "Quality Shoe (Gazing) is Important." (It's a long story. Please, don't ask. You can always consult to our original article of yesteryear, to chortle more, or less.) Yet it did turn out, upon closer inspection, that "Guteshoerenistwichtig" translates more truly as: "Good Listening is Important (as is Good Reading)." This makes sense. Leave it to the German language, to say so much in a mere twenty-one separate letters, less than an entire alphabet even. (Hegel.) 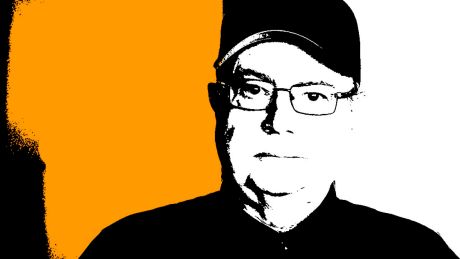 The music of Thayer Sarrano has a solid, solid foothold on the beloved continent of Europe, thanks to the likes of Guteshoerenistwichtig. Erwinsson is part of a coterie of supporters, such as Herr Parklife of Coast is Clear, based in Kiel, Germany, which ranked Thayer Sarrano's EP -- Live from the Georgia Theatre -- among the top releases of 2018. We would be remiss not also to mention however briefly, here, Herr Wolfgang Doebeling, writer at Germany's Rolling Stone mirror. Herr Doebeling is also vinyl über-DJ of the program -- Roots -- at RadioEins in Berlin. More on all this later. We are simply warming up. Doing calisthenics. Wait until we hit our stride, like Clyde the Glide Drexler. And, of course, where would we ever be, without our wonderful Swiss pals at Interstellar Music? We have a backlog of both European and U.S. news and articles to explore and share with you, as soon as our quills are rested and reinvigorated for the task.